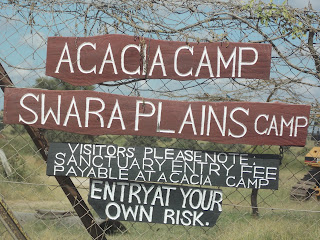 Adventure Sunday.
Now that we have explored many of the "hot spots" that the tourists hit nearby Nairobi, we have to look a little harder to find our destination locations for adventure Sundays.  Some friends of ours told us about a recent visit to Swara Plains, a catle ranch/ wildlife sanctuary about an hour east of Nairobi out the Mombasa road.
The Mombasa Road- This road goes from Nairobi to Mombasa, the major port city on the coast of Kenya.  This road is full of trucks who's drivers all drive as though they were driving sports cars - that is until they hit an up-hill part of the road at which point they slow to a crawl. Then all the other drivers recklessly attempt to pass the trucks; playing chicken with the oncoming traffic. 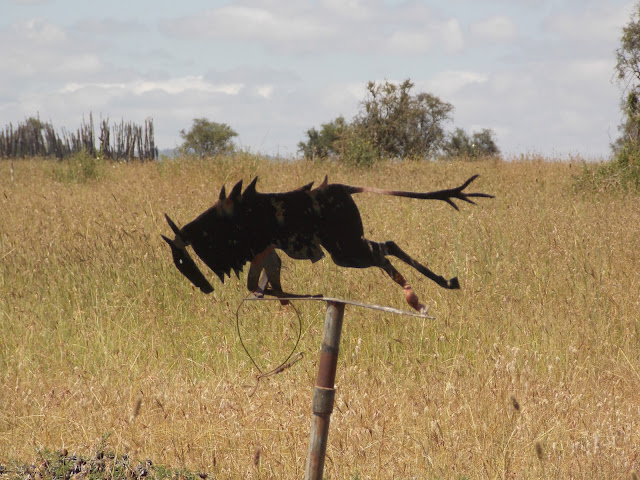 We arrived at the Swara Plains, Acacia Camp and were greeted by a hoard of puppies.  There were three grown dogs and 5 tiny jack rustle terrier pups - just 11 weeks old.  The girls (and Nile) were in puppy-love and would have been totally happy to cuddle these little sweeties the whole day. 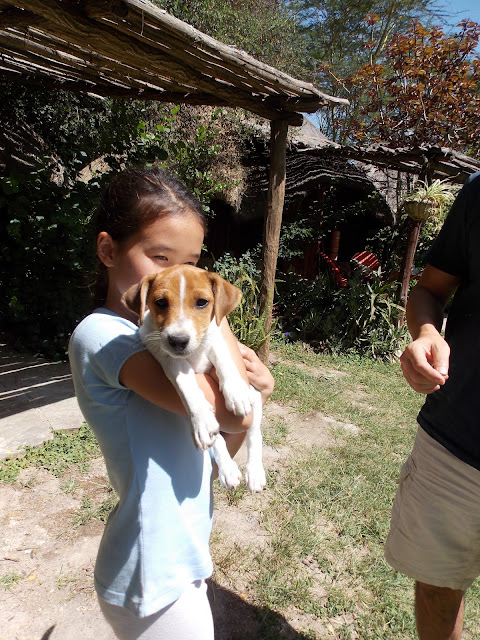 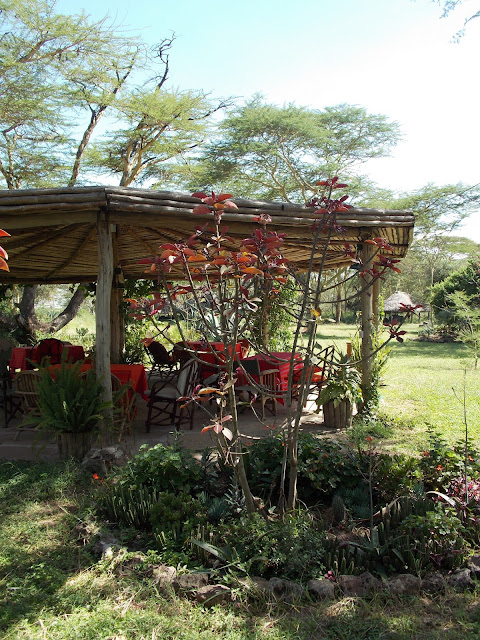 The Acacia Camp has "bandas" where you can stay over.  Part of the story of this place is that the family who once lived here had adopted an abandoned baby cheetah.  There are reportedly still quite a few cheetah sightings on the reserve, but we were not that lucky.  The "big cats" have eluded us so far.


The game drive was dry and dusty.  We had a very nice encounter with two young giraffes who were mock-fighting, swinging their long powerful necks around and around and then locking necks and heads with one another.  The reserve here is also a working cattle ranch.  There are several herds of these unusual brama cows with the large hump between their shoulders.  At the point that I took this picture we had to wait for quite a while for the large beasts to get out of the road. 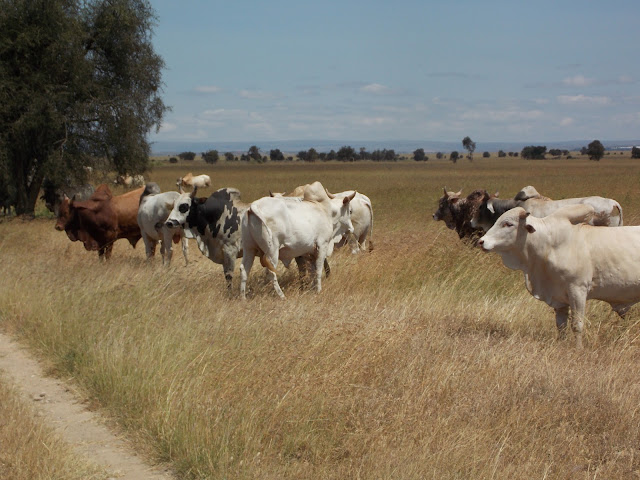